Does Your Data have a Bad Reputation?

This post was originally published on the Idealware Blog in June of 2009. 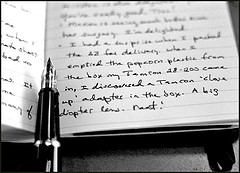 As you probably know, the U.S. Congress has been having a big debate about what went on behind closed door briefings on the treatment of detainees in the war on terrorism. At issue is whether House Leader Nancy Pelosi was told about the use of harsh interrogation tactics, which many of us define as torture, in 2002 and 2003 briefings, when the tactics were actually in use. Rep. Pelosi maintains that they weren’t discussed; The CIA, responsible for the briefings, maintains that they were, but neither of them has yet provided documentation that might settle the matter. Meanwhile, Rep. Pelosi’s Democratic colleague, Rep. Bob Graham, who, as head of the Senate Intelligence Committee, was also to be briefed on such actions, reports that the CIA’s assertions are in error. Dates that they claim he was in briefings on the subject are wrong. His his meticulous notes, which he has traditionally been kidded about keeping, establish that only one of four CIA-alleged meetings actually occurred, and, in it, the harsh interrogation tactics weren’t discussed.

At this point, you might well be asking why I’m bringing this up on the Idealware blog. And the answer is, because it’s about data, or, more to the point, the integrity of data and data keeping systems, and that’s a topic close to our hearts here at Idealware. This example was inspired by some great reporting by the frivously-named, but thought-provoking blog BoingBoing, and a post of theirs on May 21st titled “Bob Graham’s much-scoffed-at little notebooks are more reliable than the CIA’s records“. They quote Gary Wolf’s post (which I highly recommend reading) about the intriguing fact that the CIA backed off of their record keeping claims rather quickly upon learning that they didn’t jibe with Graham’s personal notes. Consider this for a minute: Bob Graham’s personal note-taking has more authority than the record keeping of the Central Intelligence Agency. The killer line from Wolf’s post is:

You can find some really excellent advice here at Idealware on what to buy and how to implement the software that will manage the critical information that your organization lives and dies by. You can spend hundreds of thousands of dollars deploying it. But it, too, might be outclassed by the scribbling of a person who’s scribble-keeping habits are far less impeachable (to keep the political allegory going) than the data integrity securing processes that you build around your system.

When you deploy that software, one thing to consider is “who owns this data? Who has the most respect for it?”. Distribute the data entry duties in ways that insure that the people who first put that data into the system care about it, and are invested in seeing that it goes in correctly. Then, integrate your systems in ways that eliminate duplicate entry of that data. Set up triggers that push data from the authoritative systems of record (the ones that the people who care enter the data into) to the auxiliary systems, insuring that no donor or client’s name is misspelled one place, but correct in another; and that a $50 donation via the web site isn’t recorded as a $500 entry in your donor database.

Doing this will insure that your data-keeping systems have the upstanding reputations that your organization depends on.